Key question : to what extent did industrialization spur economic growth and social changes in Europe and North America between 1850 and 1939?

I - The United-Kingdom, cradle of the Industrial Revolution

In 1850, the United-Kingdom was the most advanced country, due to :

Coal was needed to produce energy, so as to replace charcoal.

The heat you get by burning it is very steady : to make steam, which drove many machines

à the steam engine (designed in the beginning of the 18th century.

The demand was important (to make clothes), and the development of the textile industry led to a sharp decrease in prices. It is the first industrial field which was mechanized.

In the 1820s, looms had replaced hand weavers in England : they were outstripped, overwhelmed.

à This pioneering sector was an example for the other sectors which mechanized their industrial processes. It also triggered the development of the iron and steel industry (needed to make machines).

Ex. : the Dorby family, 3 generations in the iron sector

They developed new methods to cast iron, were the first to use coke instead of charcoal. They improved the process of coke-melting, which became common. They built the first iron-cast bridge, spanning the Sever River Its an example of a family who imposed its techniques in its sector.

à  An important human potential : their number + the way they invested

b)      The Revolution in the Agriculture

Most of the people worked in this sector.

ž increase of the food production

Ù Agricultural production available everywhere thanks to railways, which permitted to unify the whole market. There were no longer shortages of food.

The first railway, built in 1825, linked Manchester to Liverpool.

It developed throughout the 19th century and was an immediate economic success.

Ù In 1851, the Exhibition at the CrystalPalace (London) allowed England to display its awesome strength and important advance.

žEngland was nicknamed the "workshop of the world" 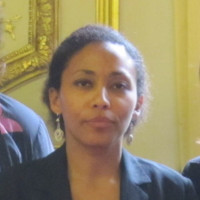 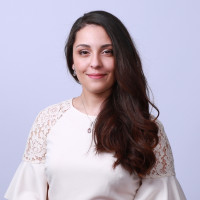 II - Other countries which followed England on the path towards industrialization

In Europe, there were scattered industrial poles around the different big cities, especially in Eastern Europe, Prussia, German confederation... The Ruhr was also an industrial region (heavy industry)

Ù It was the first country to follow England and developed a powerful industry, thanks to :

- labour force had the tradition of textile manufacturing

- some British industrialists helped Belgium to develop its industry.

ÙBelgium also had a good network of railways and occupied a strategic location at the heart of Europe. By 1771, the majority of the Belgium population lived in cities and its economy relied on trade and industry.

The Schneider family developed Le Creusot, which was a rural area, and turned it into a major pole of industry in France.

à France and Netherlands were on their way towards industrialization in the middle of the 19th century, even though they were far behind England and Belgium.

Ù In 1860, the three main industrialized nations were Great Britain, France and Germany (the different states of Germany confederation)

Ù However, by 1900, Britain has lost its supremacy >> the United States was the new industrial leader, followed by Germany, Britain and France.

B) The 2nd industrialization

Ù The first relied on textile, while the second relied on new sectors in which new countries took the lead : United States and Germany. It  was based on :

Ù The United States was in the beginning of the 20th century the first country to mass produce cars.

à Thanks to these two new sectors, the United States and Germany were above the United-Kingdom.

1) The car industry in the United States

Before the revolution in the car industry, the productivity of craftsmen was very low and it could take up to ten days to make a car. As a result, prices were very high and cars were luxury items.

productivity : basically, the amount of production per worker.

It changed thanks to the American industrialist John Ford.

>> Main innovation : very simple to drive and to produce

>> Workers had specific and simple tasks

>> They didn't have to move thanks to conveyer belts

è This major breakthrough enabled a huge increase in production. The prices fell and 15 million Ford T were sold.

Ù Massive advertisement to increase the number of customers

>> Cars had to become the only means of transportation, to be unavoidable

c)       An explanation to the new supremacy of the United States

Ù The human potential of the United States + new techniques and organization were powerful driving forces behind the changes in hierarchy among industrialized nations.

ž essential to be more efficient